A Field Guide to Wingnuts

A comprehensive overview of this troubling and dangerous population. Download PDFDownload E-Book 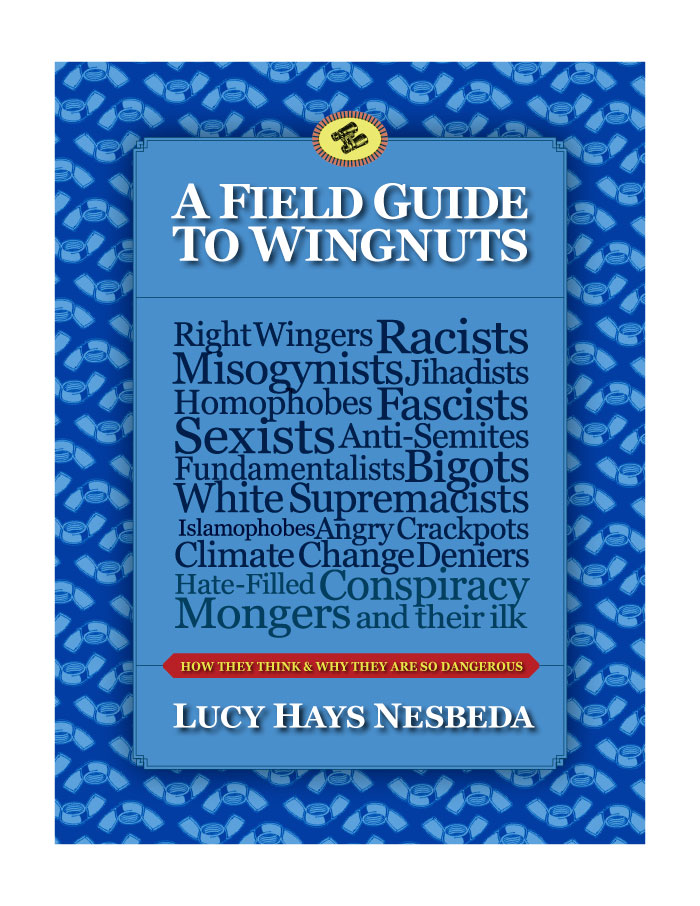 I’ve been researching and writing A Field Guide to Wingnuts for the past four years, ever since Donald Trump was named the GOP’s nominee.

It turns out that liberals and conservatives think, feel, and process information in ways that are discernably different. And, right-wing extremists and religious fundamentalists are a discrete phenomenon; I lump these two populations under the rubric of “Wingnut” for purposes of clarity and convenience.

A Field Guide to Wingnuts provides a comprehensive overview of the latest research into this troubling and dangerous population. My investigation led me to look at the Wingnut phenomenon through the lenses of a wide variety of fields, beyond the obvious domains of sociology, neurology and social psychology: theology, political philosophy, history, primatology, ethnography, and even economics all have something to contribute to this investigation. Of particular concern is the fact that the attributes that define Wingnuts renders them especially susceptible to manipulation. Powerful actors, that I call “Puppet Masters”, have become adept at stimulating Wingnuts to act in ways that are self-serving and against the interests of those they intentionally and malevolently snooker.

I’m writing as fast and hard as I can, hoping to have A Field Guide to Wingnuts published before the US Presidential election in November 2020. In the meantime, I have drafted an overview of my most significant findings as a kind of policy paper for Warren for President.

This document is provided here, as both a downloadable and printable PDF, and as an e-book. I hope you find it a helpful tool, one that helps to explain our current political moment. In our current all-hands-on-deck reality, this project is what I can do to help preserve our beloved Republic. 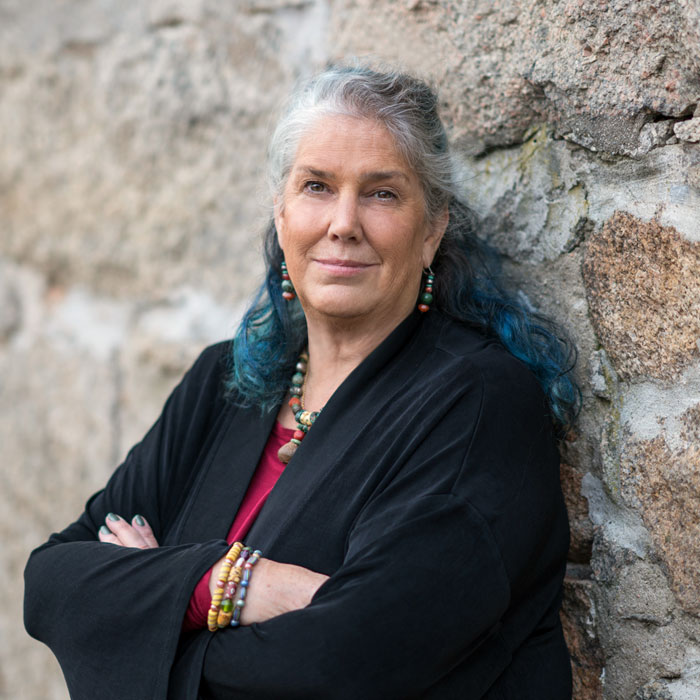 Much of her life has been about confronting entrenched power; Lucy has come to the powerful conviction that speaking truth is necessary in order to live a life of integrity. Summoning the courage to take a stand is requisite in order to attain any sense of personal agency. A life of silent accommodation is no life at all.

Born in 1955, Lucy’s spent much of her childhood in nature, in the marshes, beaches, clam flats, tide pools, copses of trees and meadows where she lived. She learned early to take solace among the spirits of the natural world. The local plants and animals, winds and tides and her family’s companion animals were among her most precious relations.

Lucy married early, at the age of 19. After graduating from the Rhode Island School of Design, she acquired a small farm where she raised her two daughters, made art, designed and planted gardens, and involved herself with a variety of farm animals. Surrounded by dogs, horses, livestock and the exotic pets she and her daughters acquired, Lucy tended gardens, trained horses and dogs, monitored the weather closely, and spent the majority of her days either out in nature or in her studio.

She supported her husband’s high-tech startup, which began in the barn around the corner from the livestock and hay bales. This afforded her a front row seat of the Tech Boom of the 80’s, early 90’s, including the concomitant engagement of the nascent Venture Capital community.

These experiences were eye-opening, providing a kind of boot camp in the domains of public policy and social welfare, all during the historical moment that was the Reagan Revolution. Lucy was required to come up to speed on a variety of complex issues, including child welfare, criminal justice, health in the developing world, and homelessness, to name a few. All during a time where the social safety net was being attacked by a Republican Party that was beginning its long, hard swing to the right.

Engagement in issues of race, class and social justice required that she think deeply about her personal politics. As the Reagan Administration sought to criminalize poverty and turn back the gains of the Civil Rights era and the environmental movement, Lucy became a staunch progressive. She also emerged as a feminist, committed to confronting the male entitlement she found so toxic in her personal life, and saw playing out as a progenitor of bad outcomes in every policy area she examined.

Lucy was also privileged to participate in the environmental movement while it came of age, as eco activists, and the philanthropists who funded them, evolved their thinking from the (relatively simple) enterprise of conservation and preservation to more a systemic understanding. She witnessed the birth of eco-economics, the development of environmental justice theory, and other aspects of deep ecology. She participated in the Environmental Grantmakers Associations, and was part of a Consultative Group on Biodiversity, which petitioned Congress on issues of ecological imperative.

She served as trustee on several boards: schools and environmental initiatives, and eventually created her own non-profit, which established Montessori programs for underserved children in urban school systems throughout America.

In the late 1990’s she discovered a community that taught and practiced shamanism, and trained as a shamanic practitioner over the course of a decade or so. In shamanism, Lucy gained a deeper understanding of her enduring connection with the natural world, and learned to rely upon newly-encountered compassionate spiritual allies. She came to understand that her work as an artist was an expression of her connection to spirit. Plants and animals, both wild and domestic, had always provided Lucy with support and comfort. Through studying shamanism, she learned to use her intimacy with spirit and nature to heal, learn, and provide healing for others.

In the early years of the new millennium, Lucy attended Harvard’s Kennedy School of Government, earning an MPA in 2003. While her expectation was that her policy work and her spiritual practice as a shaman would be separate tracks, she found a faculty and a community of classmates who were eager to see her integrate her shamanic perspective with the areas of policy she studied.

Her current work sits at the confluence of shamanism and political analysis: an examination of human power in all of its forms and kinds. She researches and teaches shamanism and leadership development, combining the wisdom of our ancestors with the best recent technologies for manifesting change at a systemic level. She teaches internationally, and consults with those who are committed to manifesting transformative change. She cares profoundly about our urgent need for paradigm shift, and seeks to partner with fellow travelers.

A Field Guide to Wingnuts is part of this larger work. In our current environment, where the foundations of democracy are at risk, where hate crimes are increasing in frequency and violence, and where the wholesale denial of climate disruption poses an existential threat, this volume seeks to explain how those on the radical right think: what motivates their perceptions and their politics, and why they present such a hazard.